Our instructors have many years of experience in the discipline, technique and spirit of Seido Karate.

All of our instructors are volunteers, each having completed their own journey to Shodan (1st Dan) and beyond, and bring their own special expertise and strengths to the floor.

“My personal philosophy around teaching is about providing a safe environment where people can come and train and be able to do their ‘own karate’, in whatever form that may be, and to be given the opportunity to excel at it. One of the keys to achieving this is by maintaining the very high standards that my instructors set and taught me by. I try and take what I see in the dojo and apply it to everyday life. We are all different: we all do things differently and have different abilities, strong points and not so strong points, but if we all try honestly, then anything is possible. We need to give people a chance and to support them.”

Jun Shihan Pat began his training at the Christchurch Shibu dojo in 1987, after deciding to have a change from playing rugby and try a martial art instead. Upon completing his university studies he moved to Auckland in 1990 and joined the Auckland Seido dojo, going on to gain his Shodan (1st Dan) two years later. He was promoted to Rokudan (6th Dan) in 2018 and instructs the senior grade classes.

Jun Shihan Patrick is a forestry science graduate of University of Canterbury, has two daughters and works as a network planning manager. 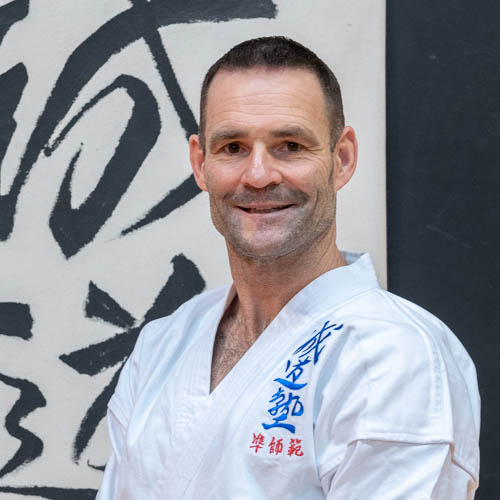 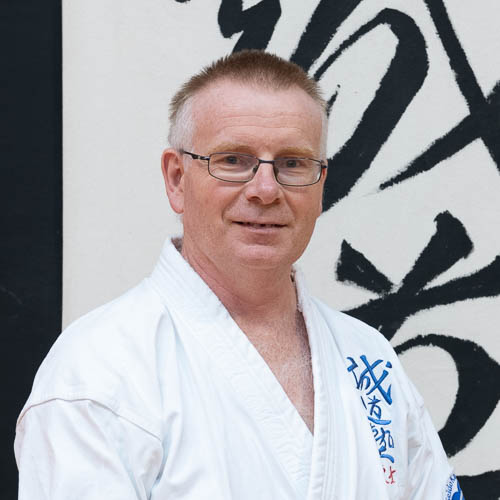 “Seido Karate combines the best of team and solo sports, as the journey is with a team but the achievements are very individual. Everyone can achieve, as everyone is assessed on their individual capabilities.”

Kyoshi Mark began his karate in Wellington, after seeing a poster for Seido and deciding to give it a go. Karate quickly became more than just a hobby, and six years later in 1993 he obtained his black belt (1st Dan). He joined Auckland Seido Karate Club upon moving to Auckland in 2006.

Kyoshi Mark is an information systems graduate of Victoria University Wellington, has two grown-up sons, and works as an operational risk manager.

“I enjoy the constant challenge, learning and never arriving at a destination – either in one’s knowledge or ability in the art. To be able to share this as a teacher enhances everything.”

It was a novel featuring an undercover ninja that sparked Kyoshi Scott’s interest in the training and philosophy of martial arts. He started his karate journey when some of his university friends decided to give it a try, and quickly progressed through the grades to gain his Shodan (1st Dan) in 1993. Subsequently, Kyoshi Scott trained at various Seido dojos around New Zealand before returning and settling in Auckland in 2011.

Kyoshi Scott has placed in many national Seido Karate tournaments in kata and kumite (sparring). He currently instructs the black belt syllabus and kata classes.

Kyoshi Scott is a property management graduate from University of Auckland, has two teenage children, and works as a market delivery manager. 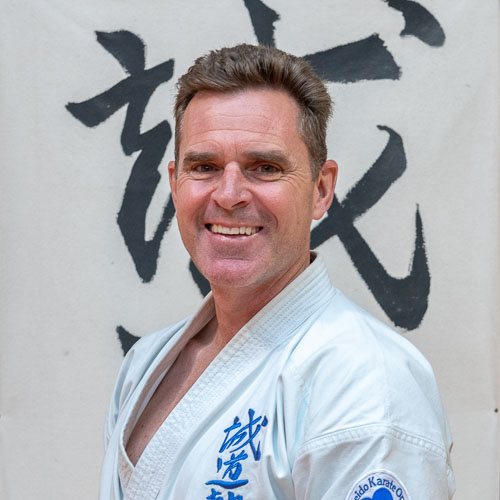 “Karate is not a sport – it is an art. This means you’re constantly learning and trying to get better as both a karateka (practitioner of karate) and as a person. I often joke that if it was easy, everybody would do it. The upside is that you’re never, ever bored.”

Kyoshi Lou got into karate after walking past the Kingsland dojo on her way to uni every day and graded to Shodan (1st Dan) within five years. Proving that Seido Karate is truly international, Kyoshi Lou has lived and trained in London, Melbourne, Sydney and Wellington, before rejoining us in Auckland.

She currently takes the children’s beginner / kyu grade classes, as well as the adult green belt syllabus and sparring class.

Kyoshi Lou is a chemical and materials engineering graduate from University of Auckland, has two children, and works as an air quality consultant.

“Karate-do (karate as a way of life) for me is fundamentally about how one deals with pressure, and teaches to remain calm and apply sound understanding and consistent effort to problems. When I’m at work answering committee questions I’m concentrated and in the zone – that’s karate. When I’m cycling and it gets tough going up a hill, I keep pushing – that’s karate.”

Kyoshi Ed has been training for more than two decades, taking his first karate class at the Wellington dojo after a friend had lent him the Seido book “Technique and Spirit” to read if he promised to give Seido Karate a try. After just half an hour of his first class, Kyoshi Ed decided it was for him and he hasn’t looked back.

He trained in Wellington until 2000 when he moved to London, going on to grade to Shodan (1st Dan) in 2001. In 2004 he returned to Wellington, before moving to Auckland in 2012. The move to Auckland provided an opportunity to reconnect with several of his ex-Wellington instructors. Kyoshi Ed currently instructs the children’s yellow, green and brown belt classes.

Kyoshi Ed is an English literature honours graduate from Victoria University Wellington, has one daughter, and works as a governmental principal advisor. 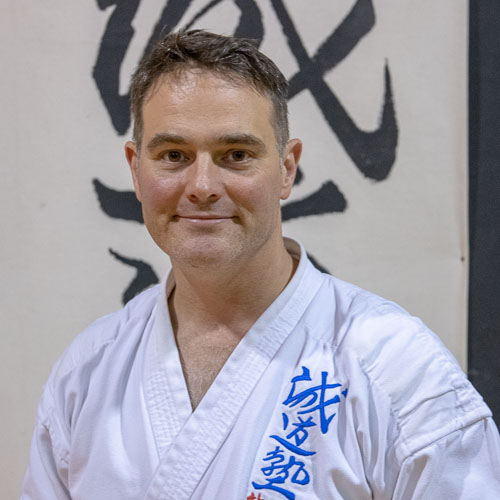 “Over the years Seido has helped me enormously in my personal and spiritual growth. We are all capable of so much more than we think – it is our mindset and attitude that will either hold us back, or help us to surpass any initial fixed expectations of ourselves.”

Karate is more than ‘just fitness’ for Kyoshi Marion, providing both a form for self-expression and mental challenge. She also enjoys the community aspect (“kizuna”) of Seido, its links to the ideas and philosophies of Zen Buddhism, and the way it teaches to question limiting beliefs.

Born in Germany, Kyoshi Marion started her Seido journey in 1995 while studying in London, grading to black belt in 2000. In 2004 she moved New Zealand, initially training in Wellington before moving to Auckland in 2012, gaining her 5th Dan in 2019.

Kyoshi Marion is a Fine Arts graduate from Central St Martin’s – University of the Arts London and a MA graduate from Goldsmiths College. She has a teenage daughter and is a secondary school teacher of art and design.

Meet Our Other Black Belts..... 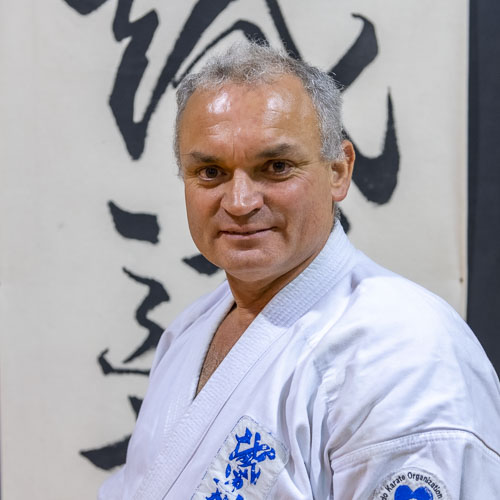 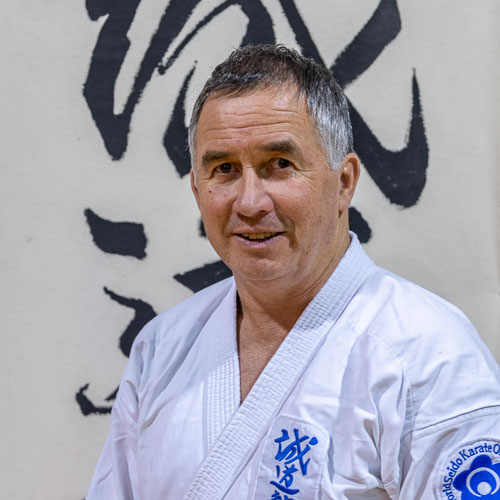 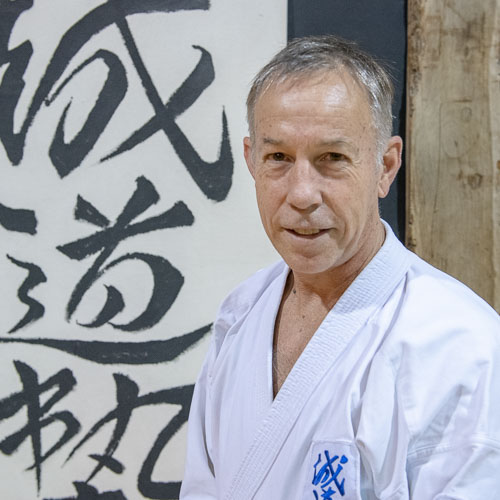 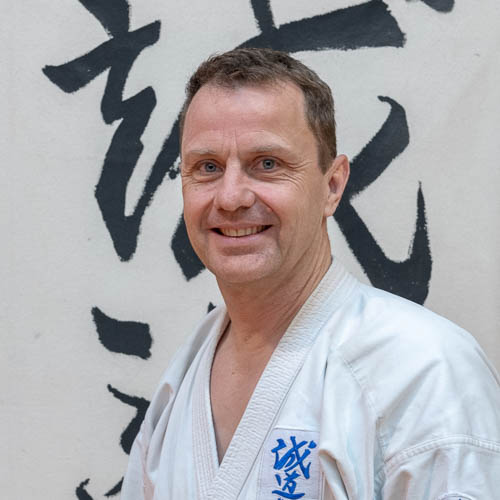 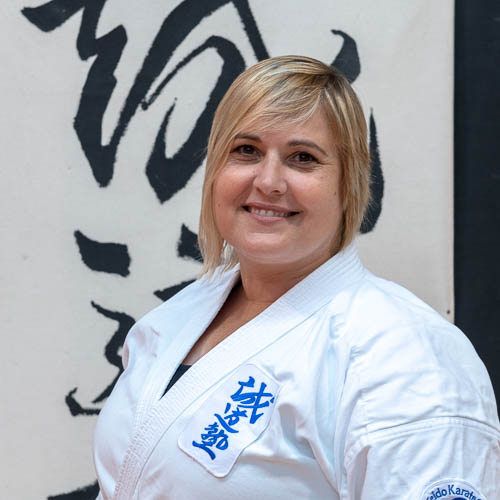 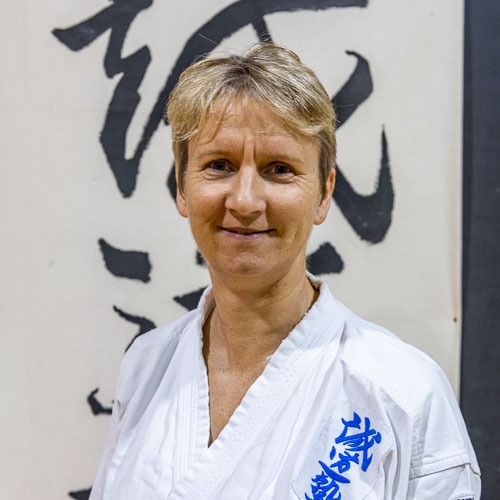 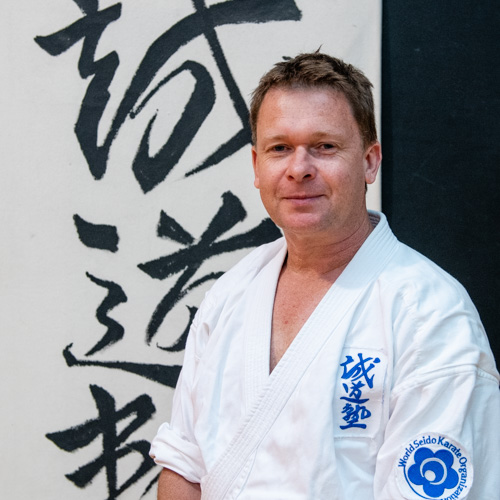 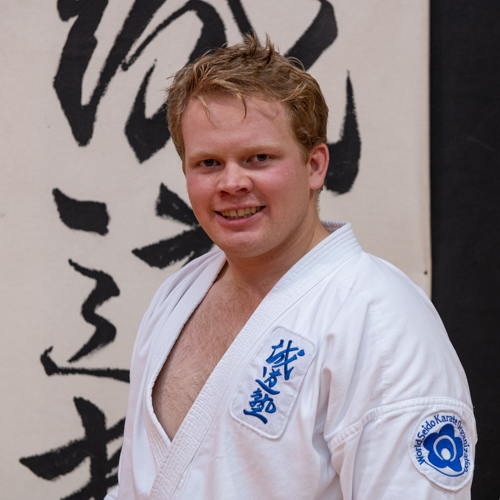 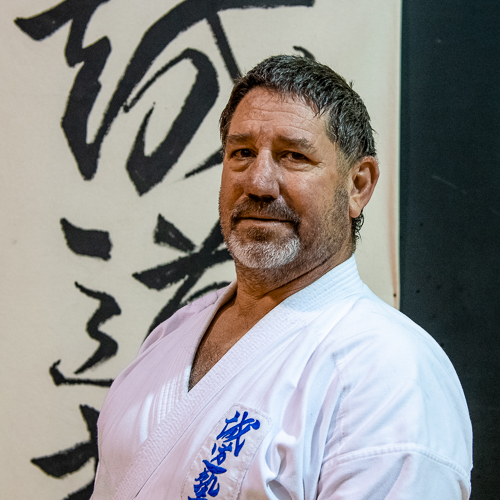 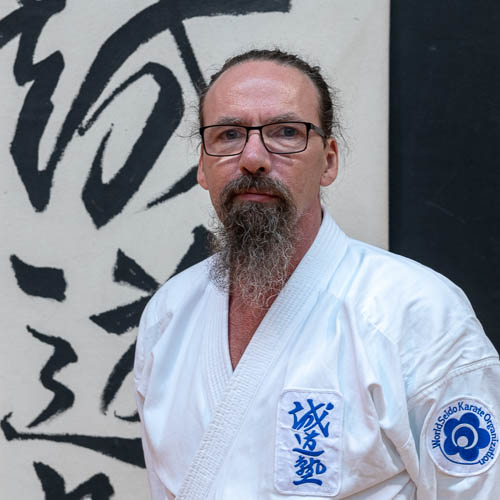 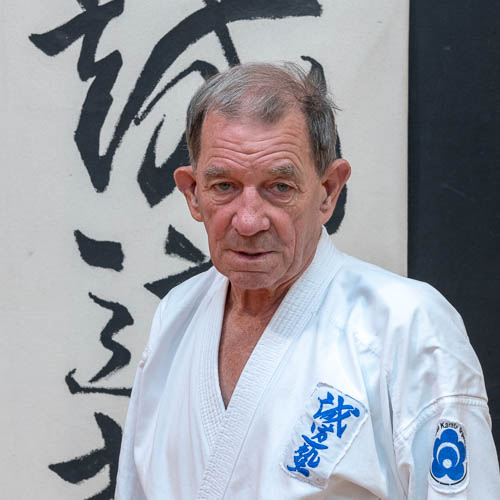 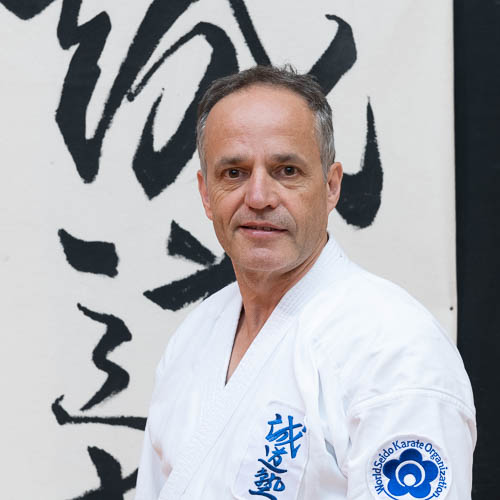 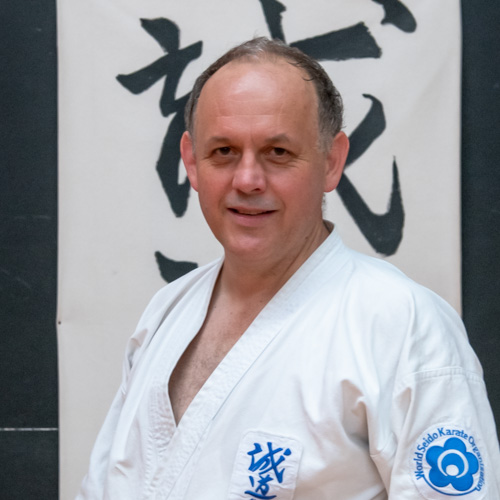 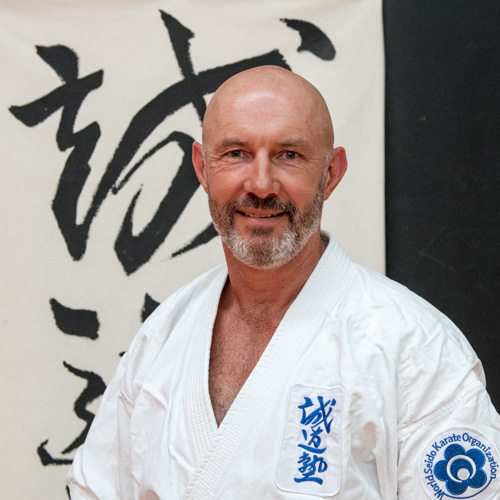 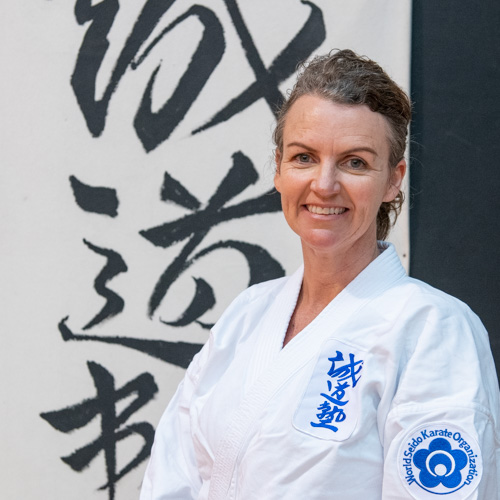